To our Horizons Family of Patients: COVID-19

How Horizons is working to keep you safe in the office: 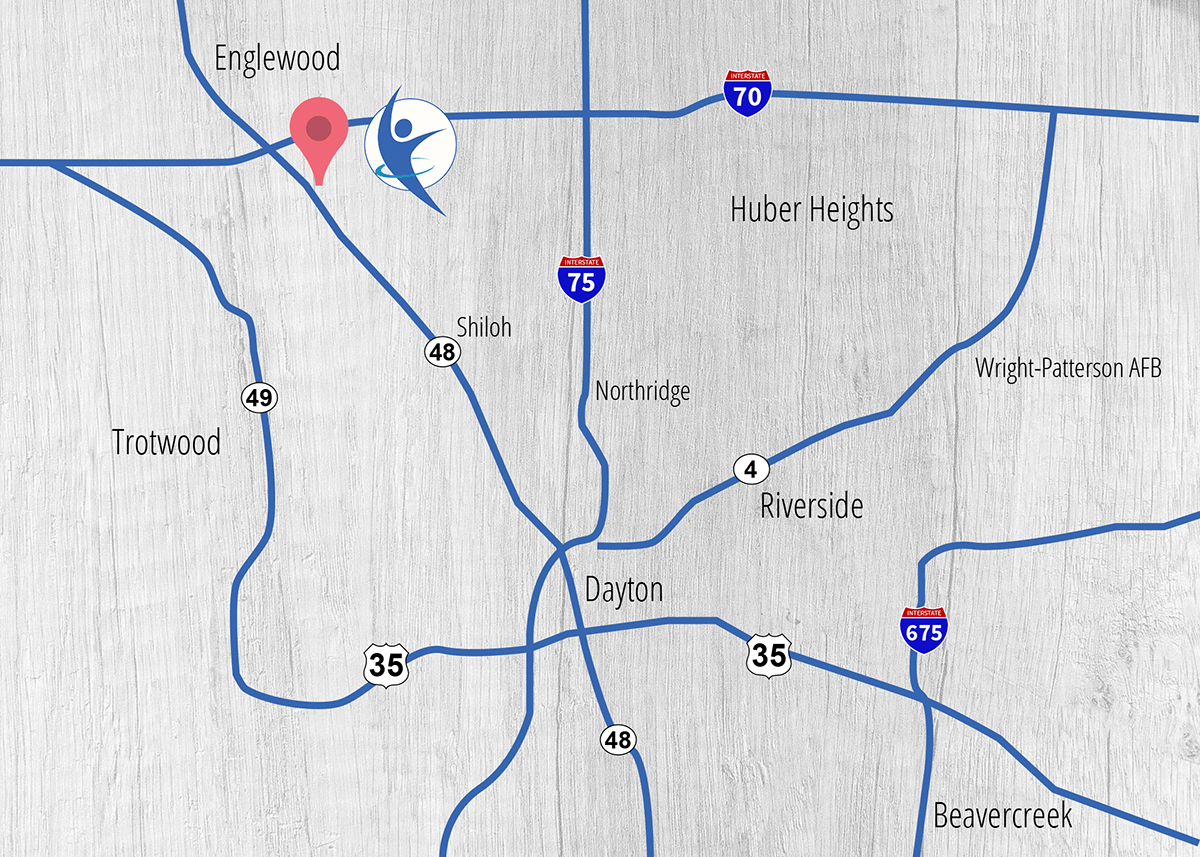 You can now schedule AND attend your appointment online – no need to come into the office for everything.

Can insurance be used for Televisits?

Yes! We will bill your insurance for the visit. If you do not have insurance, there is a $25 fee that must be paid prior to the start of your Televisit appointment – Click here to pay. 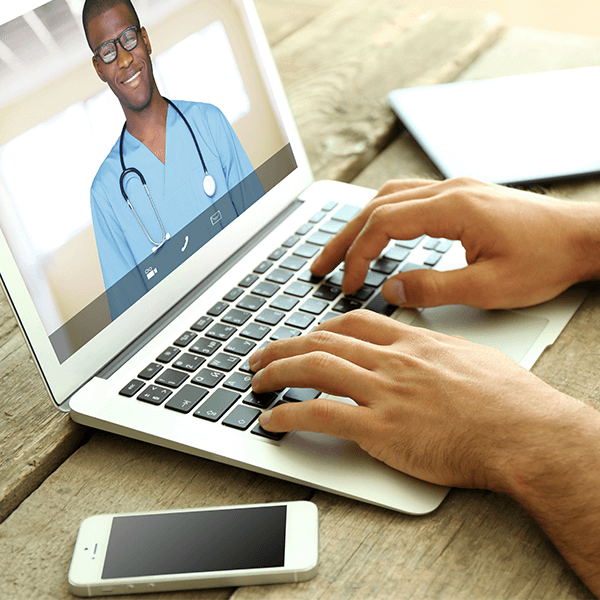 Life doesn’t have to be hard…

balance your hormones with:

Hormone replacement therapy could be the answer if you have you said:

“I am so drained all the time!”

“I just don’t have any desire for sex anymore.”

“These hot flashes are killing me!!”

The problem is HORMONAL! If food is the gas that keeps our engine running, then hormones are the oil that keeps it running smoothly. It takes hormonal balance to run smoothly.

***Remember when scheduling to scroll down until you see “Dr. Harris Televisit” as the location for the appointment***

for being named a Top 10 African-American Male in Dayton, Ohio! 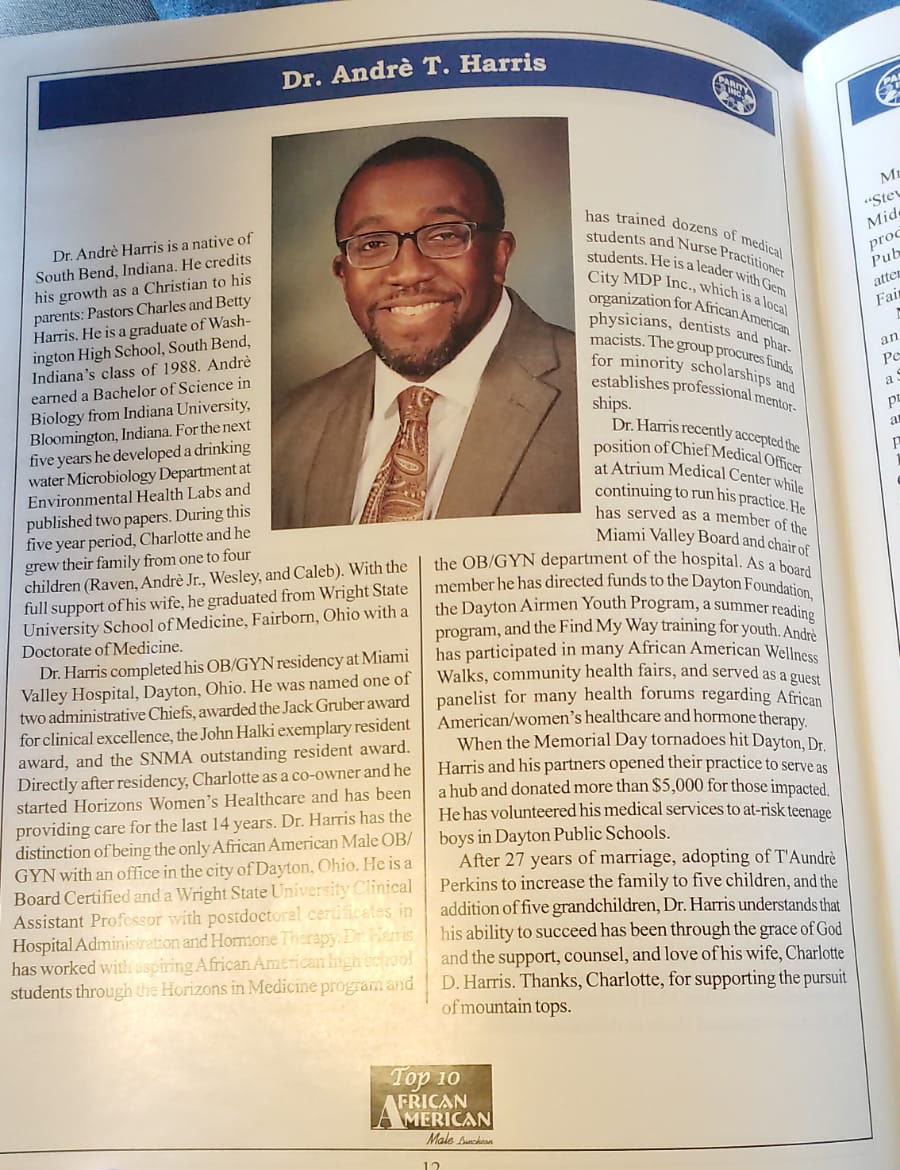 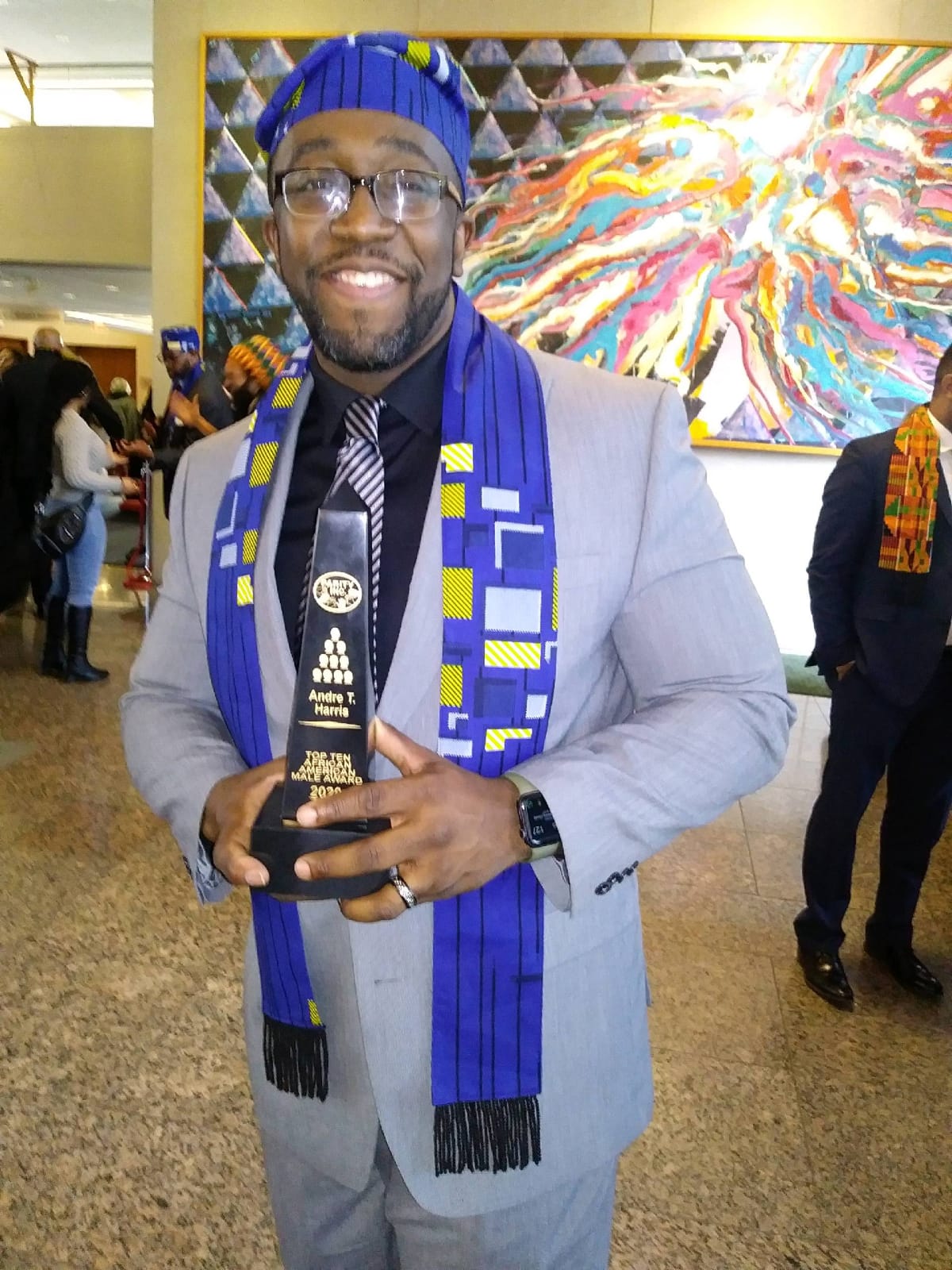 Dr. Andre Harris tells his personal story about how low testosterone affects your body and your relationships and why this doesn’t need to become your new normal.

Testosterone replacement therapy is something that can greatly benefit many people, both men and women, who are suffering from the symptoms of low testosterone (such as low sex drive, fatigue, hot flashes, depression, mood swings, etc.). Dr. Harris has personally...

END_OF_DOCUMENT_TOKEN_TO_BE_REPLACED

Having listened to both women and men for several years now I hear a recurrent theme time after time … Why do I feel like crap? Whether it’s fatigue, weight gain, erectile dysfunction, hot flashes, night sweats, or low sex drive the answer is partially or completely...

END_OF_DOCUMENT_TOKEN_TO_BE_REPLACED

Could you be suffering from hormonal imbalance?

“Night sweats, waking up at 3:00 in the morning peeling off my clothes, it’s cold outside and I just wanted to run outside. I thought I was losing my mind. I didn’t know what was going on with me. I just couldn’t live like that. So I told Dr. Harris my symptoms and he...

Don’t live near the office? No problem.

Horzions now offers Televisit Consultations and long-distance treatment plans. No need to leave the comfort of your home.

Schedule and attend your Televisit Consultation with Dr. Harris. Here you will discuss your symptoms and medical history, and work on developing a customized treatment plan just for you.

Dr. Harris will order blood work that can be done at a laboratory close to you. He will then customize your treatment, based on your specific hormone levels, so you can get the optimal therapeutic benefit.

You will receive a 3 month prescription for your customized treatment. 1 month after starting therapy, Dr. Harris will recheck your lab-work and make any adjustments needed.

***When scheduling, remember to scroll down until you see “Dr. Harris Televisit” as the facility location. If no availability is listed, simply send us a request.***

***After scheduling your Televisit, you can pay for it at the link below***

Pay For Your Televisit Here

At Horizons, we use bio-identical hormone pellets. This method, which has been used since the 1930s, is not solely to get rid of your hot flashes!

The goal is regulation and balancing of hormones.

We want to get you off of the oral/gels/patch roller coaster!

Check out our FAQs for more information.

Get Started!
Released directly into the blood stream (24/7): no roller coaster of symptoms!
The pellets are bio-equivalent (mirrors your normal hormones). The hormone is produced from yams (no pregnant horse urine: i.e. Premarin).
Safer than synthetic estrogens (does not carry the same risk of causing blood clots in your lungs or legs). See the April 2013 Green Journal Committee Opinion on absorbable hormones.
You don’t have to do anything: no pills to take every day, no patch to change, no creams to smear on.
Pellet insertion 3 to 4 times per year (women) or 1 to 2 times per year (men).

Remember how great you felt in your 20s and 30s? Your hormones were at normal levels.

Now that you’re in your late 30s+, your levels are dropping. Your estrogen and/or testosterone are low and your FSH is high. You’re unbalanced and feeling it! 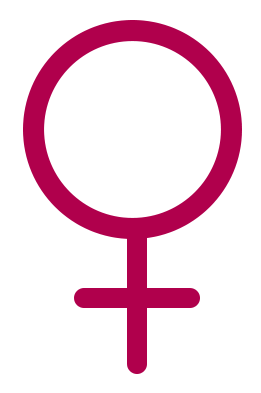 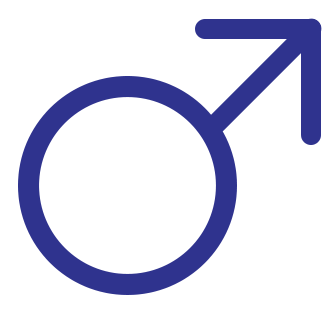 “Do you know what it’s like to never get a good night’s sleep?” Grace Brown, 55, wasn’t able to get a good night’s sleep for years due to persistently bad night sweats. Additionally, having out-of-balance hormones was causing anxiety and hugely affected her concentration during the day. “I’d been doing this therapy since 2005, but it wasn’t working until I found Dr. Harris. This has changed my life!” she said. Dr. Harris was able to better tailor the therapy and Grace’s symptoms went away so she could return to normal. She says what she likes best about pellet therapy (aside from being symptom-free!) is that it’s natural. “The bio-identical  hormone isn’t bad for me. It’s natural, unlike some of the others out there.” Additionally, she said some of the hormone therapy pills kill your sex drive. “This is NOT the case with bio-identical pellet therapy!” she said.

At Horizons, we use a simple bio-identical pellet therapy method that gives you a balance of hormones year-round.

No patches, creams or gels.

Women who are losing bone mass and aren’t benefiting from other treatments.

Women with premature menopause (before age 40). 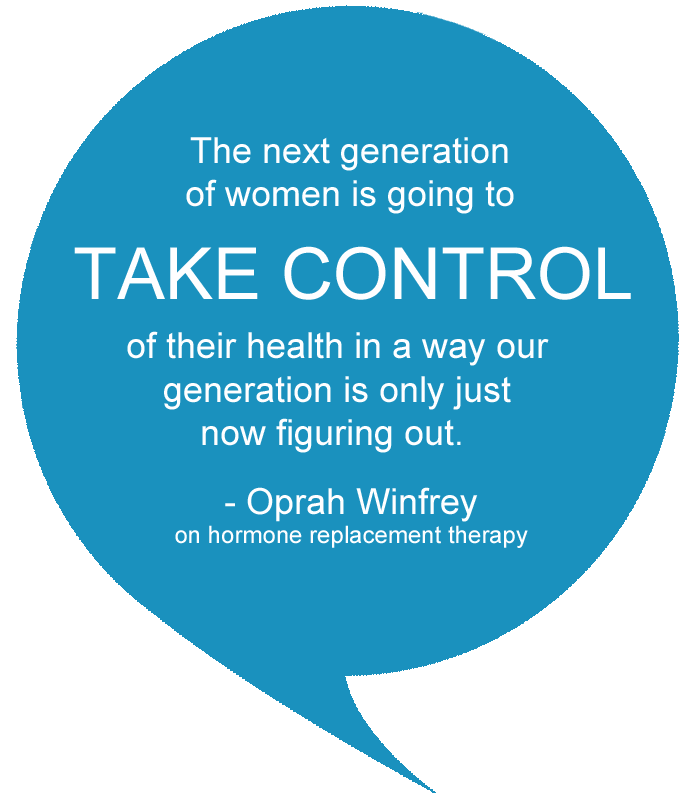 Contact Horizons today to find out if hormone replacement therapy is for you!

“My SEX life has SKYROCKETED!” – Denise

What do patients say?

Horizons made me feel like I was part of their family.
-Emma
Dr. Harris, thank you so much for being patient with my constant questions and worries. I recommend Dr. Harris and his staff to all my family, friends and clients!
-Whitney
Not only is Dr. Harris the best – so is his staff!!!
-Sarah
Dr. Harris really cares about how you are doing and he does a good job making sure you understand what you are going through.
-Lugenia
Love, love, love Dr.Harris!
-Chyanne
Awesome Doctor! Love him!!! Delivered my son by C-section in 2009. Still my doctor today and will be for years to come!
-Kristin 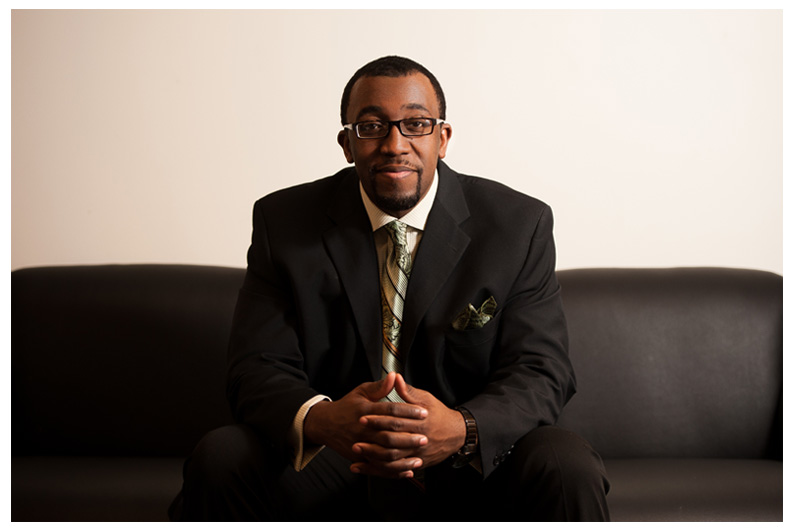 Andre T. Harris Sr., MD, FACOG, has been serving Dayton, Ohio since he started his practice in 2006. He is a 2002 graduate of Boonshoft School of Medicine (formerly Wright State University, School of Medicine). While in residency at Miami Valley Hospital he served as one of two Chief Residents and was the recipient of the Jack Gruber Excellence in Clinical Obstetrics and Gynecology Award, John Halki Exemplary Physician Excellence Award, Arnold P. Gold Foundation Humanism and Excellence in Teaching Award, and SNMA Outstanding Resident Award. Dr. Harris has established himself in the community as a compassionate physician. His goal is to provide “Care for a Lifetime” to every patient who walks through the doors.

“You’re not just tired all the time. The kids aren’t the reason why your sex drive is gone. And it may not be that you just have a poor ability to lose weight because you pick up the fork too often.

Hormone replacement therapy is NOT just for women.

Andropause can cause men to feel constantly tired, have low libido, weight gain, decreased muscle mass and foggy thinking. As a man ages his body decreases production of testosterone, which is critical in his sexual health, mental health AND physical health. Hormone replacement therapy can re-balance these hormones. 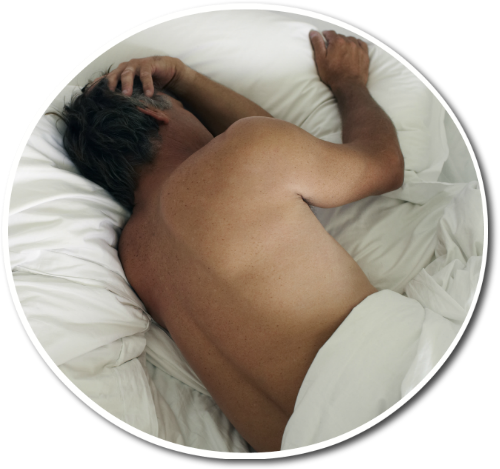 In this short video Dr. Harris tells how hormone replacement therapy has given him his life back.

Are YOU ready to feel better?

“No more HOT FLASHES. And my partner thanks you too!!!” –  Chaunte 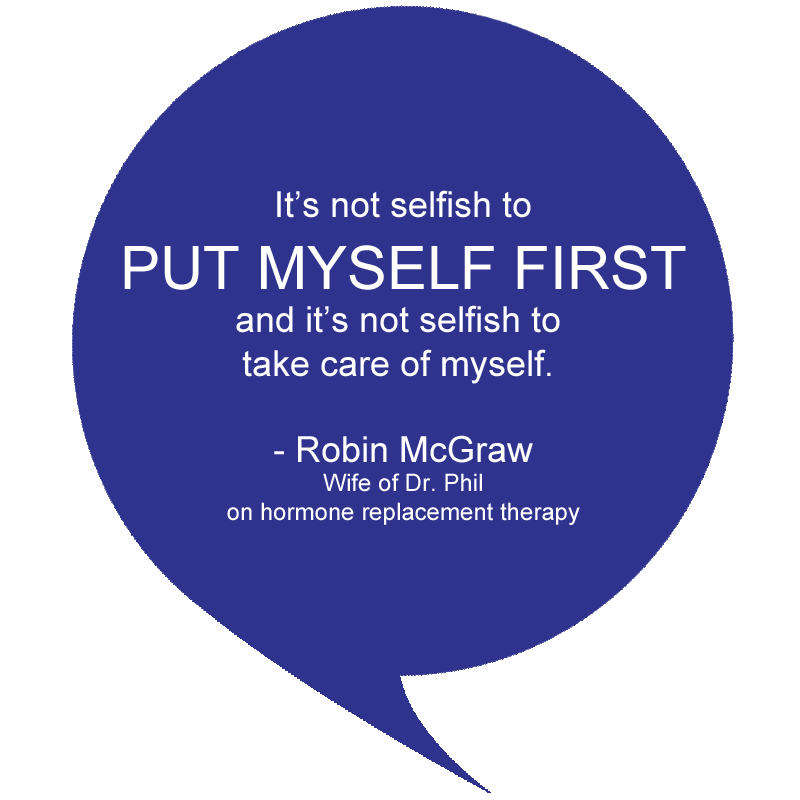 At Horizons Hormones and Weight Loss you are our most important priority. We are committed to helping you get back on the road to WELLNESS! From start to finish – we are with you. Please leave your information and we will contact you by the next business day. Connect with us – you’ve suffered long enough!